TAG: Can You Walk the Talk?

Green Ramadan, Can You Walk the Talk?
www.ThinkAsGreen.com
Faraz Khan 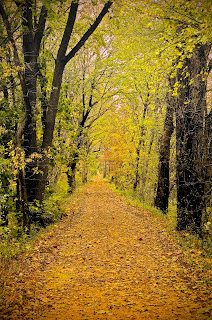 Islam is a comprehensive way of life. It offers humanity not only a connection to their creator but also to their environment. The environment is an extraordinary sign which draws our attention to its maker and creator. Moreover, the environment also reflects that an immoral behavior could pollute not only the esoteric spiritual heart but also the exoteric physical world.
In retrospect, Muslims are commanded to avoid moral and physical impurities. Pollution is a result of humanity’s shift from equilibrium. As a result, global catastrophes such as acid rain, air pollution, global warming, hazardous waste, ozone depletion, smog, water pollution, rain forest destruction, desertification, ecosystem destruction and extinction are early signs of a meltdown. It is not a matter of lack of technology or energy but rather waste and greed that has led humanity to a moral and corporeal decadence.
The Quran summarizes the environmental crises as: "Mischief [pollution] has appeared on land and sea because of the work that the hands of people have earned. That God may give them a taste of the consequences of some of their deeds: in order that they may turn back from wrong ways." (Quran 30:41) No doubt, Islam prohibits waste, destruction, and pollution and guides human behavior to respect their environment.
Preservation of the environment is a clear objective in Islam. The principles established in the Quran and the traditions of Prophet Muhammad serve as a guide to humanity. It is clear that environmental crisis requires more than a scientific quick fix. In reality it is not an "environmental problem" but rather a modern human problem. Clearly, the modern waste/disposable culture has no support in any traditional cultures and religions. Prophet Muhammad warned against waste even for a religious purpose "Do not waste water, even if you perform your ablution on the banks of an abundantly-flowing river” (Ibn Majah).  Furthermore, the blessed Prophet encouraged believers to be charitable and ecologically conscious. He said “If a Muslim plants a tree or grow grains and a bird, a person or an animal eats from it will be counted as a charity for him.” (Muslim).
Fundamentally, Islam promotes green – environmentally conscience living. In another example the Prophet reciprocally connected compassion to all beings on this planet with God’s mercy. He mentioned a beautiful paradigm, "The Most Merciful shows mercy to those who have mercy on others. Show mercy to those on earth, and the One above the heaven (God) will show mercy to you." (Tirmizi). Interestingly, the Qur’an literally describes dwellers of paradise wearing green garments (18:31). Compassion is infused in Islamic teachings for everyone – animate or inanimate creatures of God.
Nevertheless, it is not sufficient to quote verses from the Qur’an and nobles hadiths of the Prophet on the ecological crisis.  While global warming is the macrocosm, plastic and Styrofoam waste - water bottles, cups, utensils, and plates that dominates Ramadan and mosques is the microcosm. Theoretical bravado aside, conserving resources and recycling has yet to become a priority of a community that takes pride in Islamic green ethos. Ramadan is a month of curbing extraneous desires and waste. God commands in the Qur’an "O Children of Adam, eat and drink, yet do not be wasteful. He does not love the extravagant" (7:31). It teaches barakah – less is more when one pleases God. In short, Islam as a green faith will become tangible when Muslims initiate a grassroots effort to green their lives, mosques, organizations, businesses, and the society.
In conclusion, faith inspires hope and hope is a harbinger to transformation. Ramadan is a great time to take a pledge and to renew the commitment to live green – environmentally conscious Muslims. This Ramadan recommit in making this world a green paradise while gaining the pleasure of God. Join TAG, Think As Green the grassroots green being initiative. Take an online green pledge, count eco footprint, form a green team at the mosque, MSA, and community, cut waste, refuse disposable culture, and protect the environment while honoring the signs of God.
TAG, You’re IT! (green leader).
“From the Earth we created you and into it we shall send you back and from it we will raise you a second time. (20:55)
Posted by TAG, You're IT! at 8:19 AM