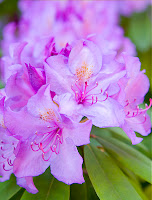 Throughout the holy month of Ramadan, the Islamic Society of Central Jersey hopes to inspire individuals to be eco-friendly and protect the environment.
http://southbrunswick.patch.com/articles/iscj-begins-green-ramadan-initiative

On Sunday, the ﻿Islamic Society of Central Jersey, on Route 1 in South Brunswick, helped launch a new initiative aimed at inspiring individuals and local mosques to make a concerted effort towards going green during the holy month of Ramadan.

The Green Ramadan Initiative is a program created by a group of concerned Muslims aiming to raise awareness about the importance of environmental stewardship and walking in the footsteps of the Prophet Muhammad, according to organizer Faraz Khan. The initiative calls for the implementation of new ideas and strategies that raise awareness, reduce waste, and promote healthy living.

"This is not a new age thing, but part of the Islamic teachings, as many verses in the Koran talk about conserving nature and respecting it because nature is a sign of God," Khan said. "Destroying a sign of God is disrespecting God, so those are some of the lessons we're hoping to promote within the community."
Ramadan begins on Aug. 1 and lasts through Aug. 30. Khan said the idea for a green initiative rose out of concerns about the amount of potential waste that could be created during the holiday.

"During Ramadan there's a lot of interaction, daily prayers and food served, so we're concerned about the amount of plastic bottles generated at the ISCJ since we're not eating or drinking from dawn until dusk," he said. "So we started brainstorming about how to make this event more eco-friendly. So we ask people to take the 'Green Ramadan' pledge to action, where we pledge to reduce energy consumption, water consumption, and consumption of meat."

Parts of the pledge include taking quick showers, eliminating use of plastic bottles and styrofoam, eating more fruits and vegetables, carpooling to reduce gas consumption, and the planting of gardens.
"This is something that we hope spreads to people year-round, which is why we agreed Ramadan was the best time to launch it," Khan said. "People talk about the three R's, recycling, reusing and reducing, so in our community we decided to make it the four R's, with Ramadan. This is a great way to raise awareness and bring people on board in the Islamic community to work in conjunction with fasting, to inspire people to exhibit care and compassion, while showing charity."
Posted by TAG, You're IT! at 6:53 AM